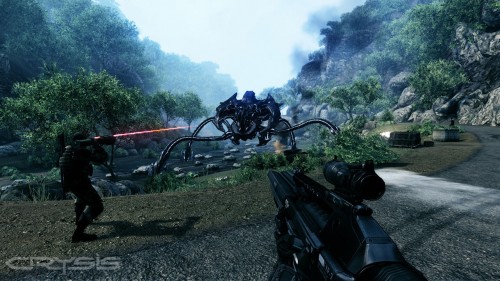 Was your computer to old to play the relatively unimpressive but pretty looking Crysis when the game first released? Well now is your chance to play the game on your console because on October 4th the original Crysis will be released to the PlayStation 3 and Xbox 360 via digital download for the price of $20. The game will be a Games on Demand version for the Xbox 360 and a normal download for PSN.

Crytek also released the above screenshot to see how things look on the cons, which shows that the quality hasn’t taken much of a hit. So who will be picking this up next week? The $20 price tag is quite enticing for a full FPS, especially one that is just now being released to consoles.