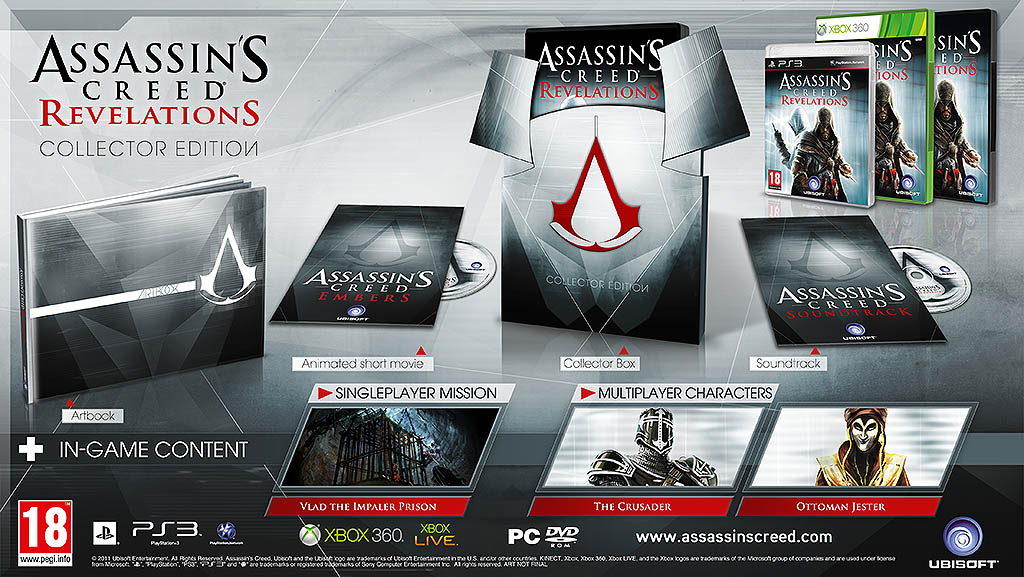 CD copy of the game soundtrack

Of course no special edition would be complete without an overly fancy box, and Revelations is no exception. All of the above will be packed into a shiny silver number, complete with assassin seal. The game is coming in no less than SEVEN different packages (Animus, Collector, Special, Signature, Templar Collector, Ultimate bundle, and finally -normal), and will silently creep into stores November 15, 2011.