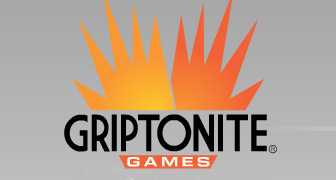 In anticipation for the upcoming remake of Warlords (1980) coming to Xbox Live Arcade and the PlayStation Network, we spoke to games producer Brian Kirkness of Griptonite Games about the challenges and goals of reworking a video game classic.

The original Warlords saw its debut release in 1980. How did the idea come about to remake it now for XBLA and PSN? Why now?

The timing is perfect for smaller budget remakes in the game marketplace right now with the popularity of services like XBLA, PSN, & Steam. We also had a great idea for this current version that adds to the franchise but doesn’t take away from the original core game.

Was it an important factor to try and stay true to the original title, or was creating a completely new experience the goal from the start?

We really set out to try and combine the two. Warlords has a very devoted fan base and they want a game that plays as much like the original as possible. However, we also understand that this is a chance to introduce a classic to some new gamers who have different expectations than those of us who grew up in the arcade era. 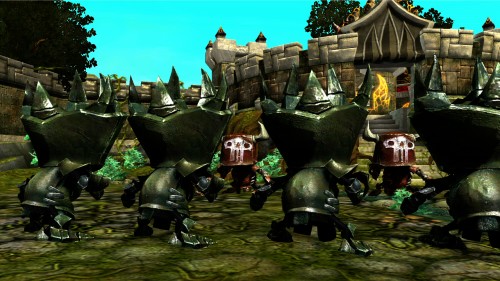 When sort of challenges did Griptonite come across when developing Warlords?

Probably the biggest challenge we faced was trying to make the controls feel like Warlords without a paddle controller. Obviously we can’t just emulate a paddle, so we had to make some concessions, but overall we feel the game handles very well.

Warlords has been remade a few times since its original arcade release and this isn’t the first time we’ve seen it on the Xbox 360, so what separates this one from the all the others?

Aside from the new art style we’ve added some new features this time around. There are power-ups, Snoots (troops you can control) and a few different gameplay modes. 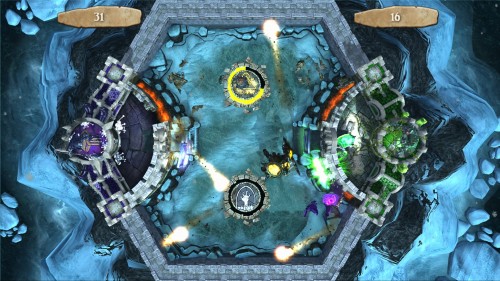 Can you tell us about the presentation and art design, and why you chose this direction for this edition of Warlords?

The art style came about from our desire to capture a little more of the history of Warlords, but put a slightly humorous spin on it. Warlords is a fast-paced, competitive game and we wanted people to be able to laugh a little as they are trash talking their friends.

Not long ago you guys released a character trailer introducing the Warlords. Are they assigned to the players or are they selectable, and do they have individual skills or abilities?

The player can choose any Warlord they like or place as their XBLA avatar. Unfortunately the Warlords do not possess unique powers. 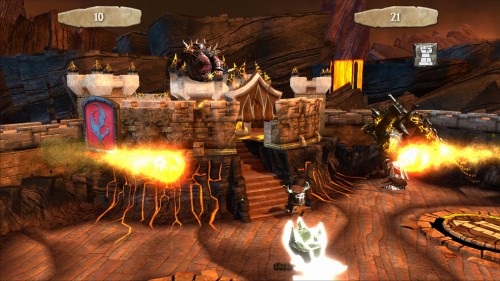 Old school Paddle controller VS modern day PS3 and/or 360 controller. Who wins and takes the cake for when it comes to game play? Be honest!

At Griptonite we are pretty big Warlords fans and proud of our game, but nothing quite beats the feeling of spinning an old school paddle controller around. It’s just a different skill that can’t be replicated on the modern controllers.

I’m sure many gamers can’t wait to get their hands on this title, when do you think we can expect a release date?

Look for it soon! 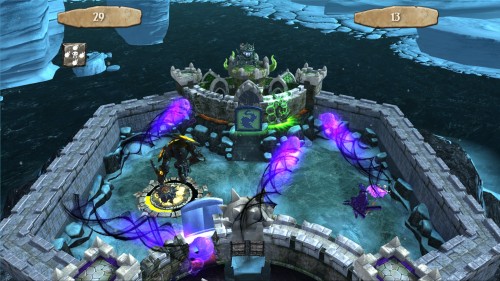 Griptonite Games is also developing Shinobi for the 3DS, you guys must love bringing back classics to this new generation! What do you think makes these modern adaptations so appealing to gamers and developers?

I would like to think it’s for the same reason Hollywood does all the remakes, aside from the money: love for the original. We all have fond memories of old games, cartoons, movies, etc. Often times playing those games is what inspired us to get into the industry to begin with. Getting the chance to be a part of the history of some of your favorite memories and hopefully create that same level of enthusiasm in the next generation of gamers is one of the big reasons a lot of us became game developers.

Us here at Capsule Computers would like to thank Brian Kirkness for his time and thoughtful answers, and wish him and the team at Griptonite good luck on the release of Warlords. Keep an eye out for Warlords which will be available on Xbox Live Arcade and PlayStation network out this season!

Boulder Dash Volume 1 has arrived to the Collection