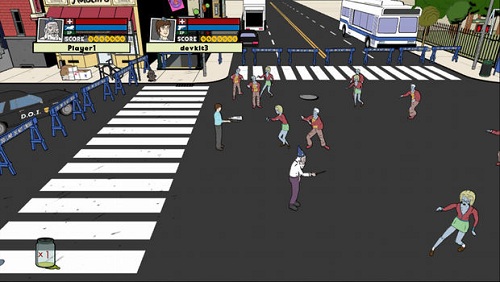 It’s been awhile since we’ve heard about Ugly Americans: Apocalypsegeddon. So far in fact that it may had slipped the minds of many gamers that it even was in development. But you better kick your brain back into your head because Ugly Americans: Apocalypsegeddon has just gotten a price as well as a release date. 345 Games and Comedy Central revealed that the game will be available on August 30th for PSN users and August 31st on the XBLA for $9.99 or 800 MSP respectively.

The title will have all the original voice actors from the show and the story is a script penned by the original writer Devin Clark so you know that this will be a quality Ugly Americans title. Dan Yang, general maanger of 345 Games says that they have worked hard to make Ugly Americans: Apocalypsegeddon a “combination of addicting gameplay and the comedic sensibilities.” The title will feature twin stick shooter gameplay and allow up to four players to play at one time.

The End of South Park?