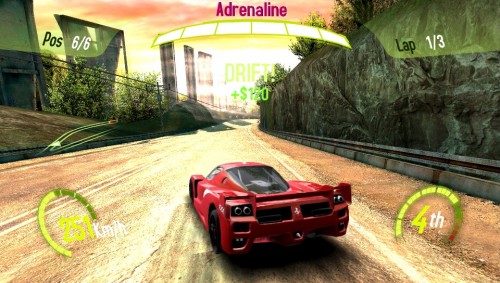 Ubisoft knows that the launch of a new platform means a lot of consumers eager to purchase new content for their shiny handheld gaming device and they are certainly not going to be left out of that potential money maker. Today Ubisoft announced a slew of new games that the company is currently developing for the PlayStation Vita, including Asphalt racing game, Assassin’s Creed, Dungeon Hunter Alliance, Rayman Origins, Michael Jackson: The Experience and Lumines.

Ubisoft released a screenshot for the Asphalt racing title which can be seen above, but unfortunately did not reveal any release window for any of these titles, though we can guess that a large number, if not all will be available by the time that the PlayStation Vita launches next year.