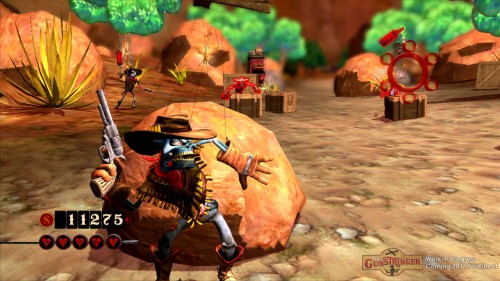 If you were expecting to see Twisted Pixel’s The Gunstringer on the Xbox Live Marketplace as a demo then you are probably psychic because the company never said that a demo of their title would be released, nor was there any fanfare today when it did get released besides a small tweet from Dan Teasdale. But sure enough, if you load up your Xbox 360 and check out the demos section you will be able to find The Gunstringer.

Of course playing the demo requires a Kinect, and players will be able to see just how good the game works as they play through a small section of the title to provide a taste of what players should expect when the full game comes out later this year. You can add the demo to your download queue here, though you currently have to be a Gold subscriber to download it.