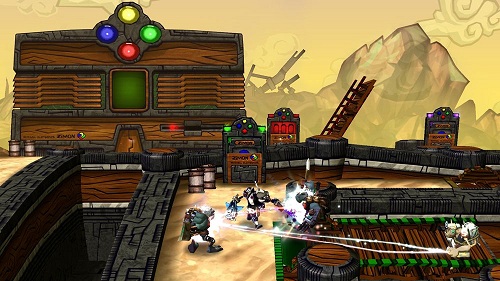 Deathspank may already have two games under his thong but this time around he wants to have something a little bit different. Something involving a little bacon, or a lot of bacon in this case. Though PlayStation 3 owners will be getting the game on August 30th ahead of the rest of the gaming community, Xbox 360 owners won’t have to wait long to experience Deathspank’s bacon and thong goodness.

In fact, as revealed today by Hothead Games to Joystiq, the title will be released on August 31st to the XBLA. That means in a little under two weeks, players can join Deathspank on his third adventure through the crazy and often hilarious world that Hothead Games has created.

Hitchhiker’s Guide to the Galaxy tie-in on the way

Shank and DeathSpank coming to PC and Mac!