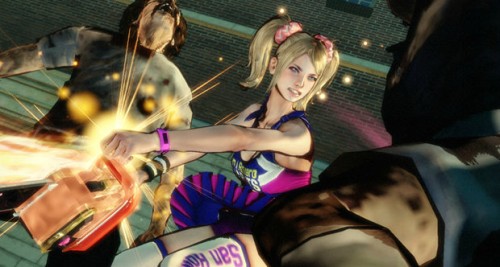 The latest game from Suda51 and his team at Grasshopper Manufacture have today unveiled ‘Lollipop Chainsaw’. A third-person action game with a twist of cause as expected, this is of cause a Suda51 game. Lollipop Chainsaw contains an outrageous over the top premise, you will be playing as teenage zombie hunter cheerleader Juliet Starling, on a quest to find the source of the latest zombie outbreak. Oh and did I mention she carries a chainsaw?! 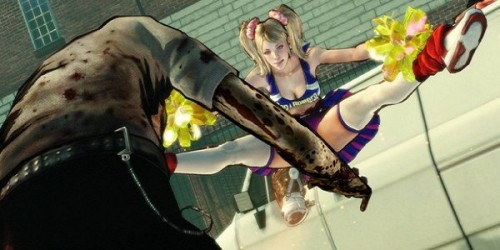 The game’s story is being handled by Hollywood director and writer James Gunn (of Super, Slither, Dawn of the Dead fame), so expect a bit of humour and wit (well…maybe just more than a bit).Thankfully this crazy over the top Japanese game will thankfully see a worldwide release with Grasshopper Manufacture teaming up with publishers Warner Bros. Interactive Entertainment and KADOKAWA Games publishing the game outside of all Asian territories.

Lollipop Chainsaw is set for a 2012 release date for Xbox 360 and Playstation 3. For more information on the game check out the game’s official website