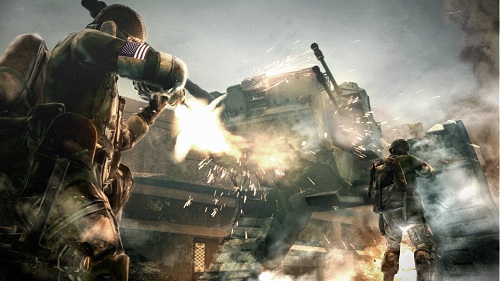 Despite being announced last year at Tokyo Game Show, the Kinect using Steel Battalion: Heavy armor has never received any press nor media releases from Capcom. That is until Gamescom of course because earlier today Capcom released some information for Steel Battalion: Heavy Armor, including the trailer which you can see below.

Heavy Armor will have players controlling Vertical Tanks and will apparently make use of both the Kienct and the Xbox 360 controller. The controller will be used for most things, such as moving, aiming and firing while the Kinect will be used for starting engines, using your scope to aim or operate a heavy machine gun mounted on a turret. With the Kinect you can also communicate with your fellow crew members which will sounds amazing in theory. We’ll have to see just how good this game is when it comes out next year on the Xbox 360.