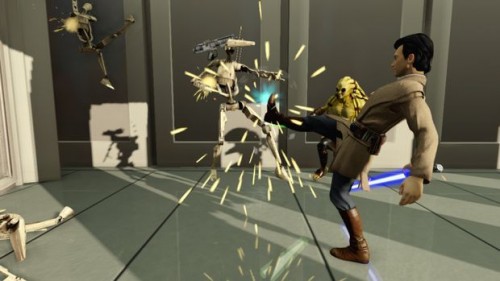 Despite a rather week showing at E3, Star Wars Kinect may just be a title that should be given a second look. Earlier today Microsoft and Lucas Arts revealed some new screenshots for the title which actually make the title look quite tolerable, if I day say enjoyable to play.

Of course there is still the worry that the title may end up being a Star Wars game that is more or less on rails, but hopefully that won’t be the case. In these screenshots we see some Jedi vs Droid combat, a rampaging rancor and even some pod racing. Check out the screenshots below and remember this game is only for the Kinect owning Xbox 360 owners.