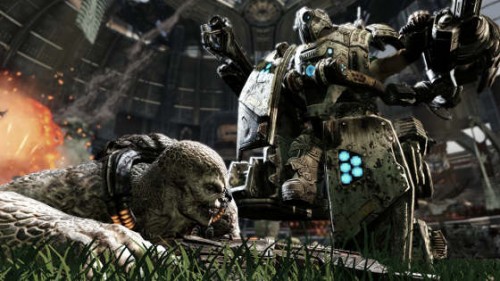 Much to the dismay of Epic Games and Microsoft, Gears of War 3 has ended up being leaked online. But Epic Games isn’t going to just sit down and let nobody get in trouble for this. Epic Games has recently said in a statement to Eurogamer that anyone they find who has posted up spoilers or gameplay footage of Gears of War 3 that isn’t from an event or an official source before the game’s release then they will be able to ban you from playing Gears of War 3 legitimately.

Rod Fergusson, executive producer says that Epic is “extremely diligent about getting that stuff taken down and issued a call to fans to not perpetuate it… and just keeping track of those who do. They have gone so far to say that they will have created a banning system that can identify certain people and that they will “be disappointed on 20th September when they can’t get in and can’t play. They may be banned.”