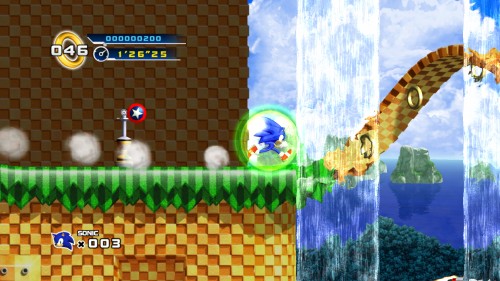 Just the other day I was thinking that Sega has taken a long time to release the next episode in the Sonic 4 game series. It seems that it will take even longer however than it has now because in an interview with Eurogamer, Sonic Team’s Takashi Iikuza explained that Sonic 4 wouldn’t be seeing Episode 2 until next year because this year is Sonic’s anniversary.

The team is “focusing on the celebration title” which is Sonic Generations, and because of the teams focus on the title, Episode 2 will be “moving forward to 2012.” This is a bit of a disappointment to those who enjoyed the downloadable version of Episode 1, but at least it is good to know that the project hasn’t been scrapped, but simply shelved temporarily.