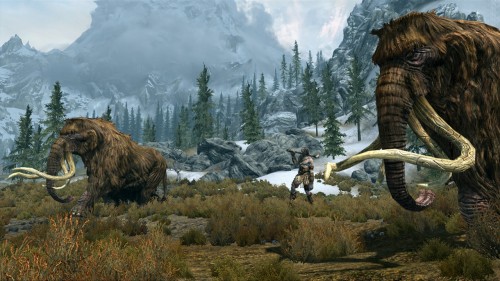 With the amount of detail that has been put into The Elder Scrolls V: Skyrim, many have probably been wondering what this will mean for a certain console. The PlayStation 3’s Blu-ray discs hold an extremely large amount of content, PC versions are installed and mostly downloaded off of Steam, but the Xbox 360 still uses the same type of discs as before, with limited storage space.

This problem has caused some games, like FFXII, Lost Odyssey and Mass Effect 2 to have multiple discs and cause lazy fans to be upset when they have to change discs. But even with all of the content in Skyrim, players won’t have to worry about changing discs because Skyrim will only use one disc on the Xbox 360. This news comes from Bethesda’s art driector Matt Carofano when asked about the disc count at PAX by Ripten.