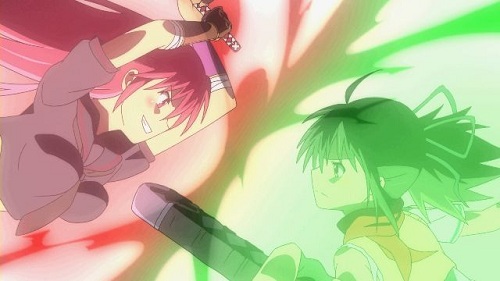 Despite the fact that Senran Kagura: Portrait of the Girls may never actually see the light of day in the West, you can now watch the game’s whole opening animation. Marvelous, the developer of the game, released the opening which you can catch below. Beware however, maybe you should take a look around you before watching.

Senran Kagura: Portrait of the Girls is about more than the bouncing and torn clothing however, though the game’s opening animation doesn’t do much to sway that opinion, what with pulling scrolls out from between their chests and all. In fact it will actually be focused around hack and slash gameplay. Either way, Senran Kagura will be released in Japan on September 22nd, though with the 3DS’ region lock you’ll need a Japanese 3DS to play any import. Or of course, pray that someone decides to localize it for Western release because we need more 3DS games… yes that’s it.

What should Nintendo do next?