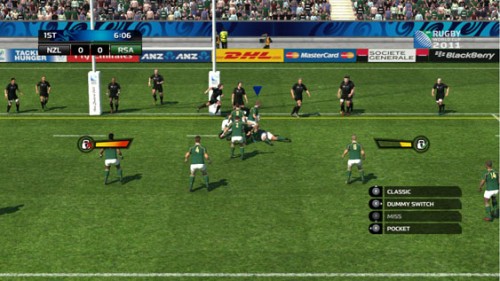 505 Games, curators of the upcoming official tie-in game for this year’s Rugby World Cup, Rugby World Cup 2011, have revealed that the game with feature three separate teams of commentators, accounting for different regions. They have said that the Sky Sports commentators Miles Harrison and Stuart Barnes are joining Philippe Sella and Eric Bayle, and Greg Clark and Sean Fitzpatrick in the pundit line-up who will be doing voice work for the game.

Naturally, Stuart Barnes and Miles Harrison head up the UK team given their familarity with the British. Then, as well as the French partnership of Philippe Sella and Eric Bayle, those in the Southern hemisphere with get a taste of wisdom courtesy of Greg Clark and Sean Fitzpatrick, a respected sports-journalist and ex-All Black respectively.