Has anyone told you when you’re sitting playing your favourite game, to go do something useful? Maybe learn a skill or work or something they believe is more suitable. It has happened to me on several occasions. Although I have to say, respect is slowly coming to the video game industry for which I am glad. Yet there are some who still cannot see the purpose of the media.

So for the people who would say to do something useful, I give them the list of things I have learnt from playing video games.

Here are a few examples of the games I played, and what I learnt from them. 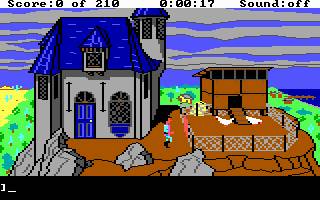 This was one of the first game series I ever played, so it only makes sense I should mention this first. Through this game I learnt how to spell and to touch type. King’s Quest was the Text based Adventure game series (they moved to point and click in later titles). Every command had to be typed out from “Look at knife” to “Climb tree” and other types of commands. Especially when the evil wizard (yes… there really is an evil wizard) is giving you death stares, so quick typing was essential to defeat him.

Where have used touch typing and spelling? You’re reading it! My articles and reviews couldn’t be done at all if I didn’t learn how to spell and touch type. Well they might still get done, but that would send the spell checker into overdrive and would take a month for me to finish.

The Curse of Monkey Island

If you haven’t heard of this series, look into it. Monkey Island is a must buy for all PC Gamers. I learnt many different things from this game (and the others in the series). The use of ipecac to help people vomit (although that’s not a nice fact to learn). I still want to try and make my own compass, which can be done through the game. Magnetise a needle and place through a piece of cork and placed in a cup of liquid. I really want to see if it works, but I haven’t had the chance to check.

Although I haven’t had a chance to use some of things I have learnt from the series, extending general knowledge is always a good thing in my book. 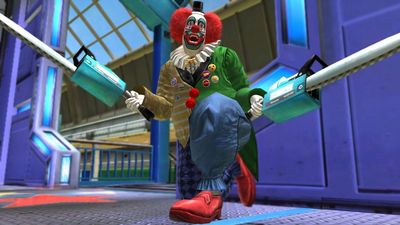 Who doesn’t love hitting zombies in the head with an electric guitar or other household items? It is just plain fun. Yet what I learnt from this game reminded me of the times when I studied psychology in high school. The boss fights that occurred at random actually come from humans turned psychos that was pushed into madness by the extreme circumstances. Especially the female police officer… *shudders*.
Although this may not seem like a very important lesson, I believe it always important to learn about the human condition and the ability to slip from sanity.

So, those are a few things I have learnt from playing video games. Please comment and let us know some of the things you have learnt, doesn’t matter how important you think it is, learning is always a positive thing.