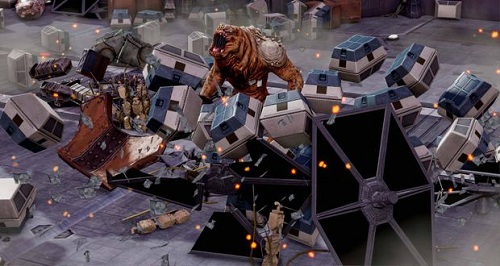 For those hoping to acquire a Star Wars themed Xbox 360, or even those aiming a little lower at the Kinect Star Wars title for this holiday season, we have some bad news for you. Microsoft told the Official Xbox Magazine UK today that they had to make the difficult decision to delay the title and bundle until next year so that the game will reach its “full potential.” No updated release date was given at the time of this reveal.

This is rather sad news for Kinect owners as this would easily have been one of the best titles to pick up this holiday season, especially for avid Star Wars fans. Though that doesn’t mean that there won’t be plenty of other Kinect titles out this holiday season.