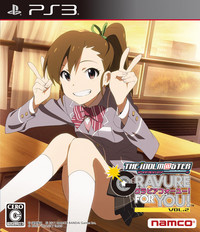 Idol’s are big in Japan, and consequently, Idolm@ster is big in Japan. There have been several incarnations of Idolm@ster video games and the latest of which Idolm@ster Gravure For You Vol. 2 now has a trailer streaming on the web.

The trailer shows off several tracks available in the game as well as letting the girls of Idolm@ster strut their stuff (or awkwardly flop about with rose-red cheeks) in swimsuits!

The game is set to be released November 23rd, 2011, for the Playstation 3. So mark your calenders Idolm@ster fans, these girls have some gravure and it’s especially for you!

Check out the trailer below and leave a comment letting us know what you think.