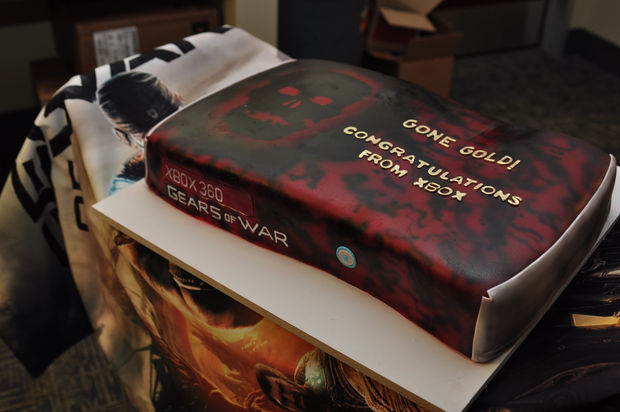 Seems like video game developers really like celebrating their successes with cake. Just a few weeks ago Atlus made a Catherine cake for selling the most units ever in their history. Destructoid has some pictures showing the Epic Games’ crew cutting some Gears of War cake to celebrate the fact that Gears of War 3 on the Xbox 360 has gone golden.

What this means for you is that there won’t be any delays or problems from here until September 20th when the game hits store shelves and is bought up by all the Gears fans like MasterAbbott. The cake that they are cutting looks like a Gears of War Xbox 360 slim, though perhaps it is a bit deformed looking. Better yet, they cut the cake with a golden retro lancer. Talk about class. Now time to sit back and watch as everyone else tries to make similar cakes and celebrate in the same fashion.