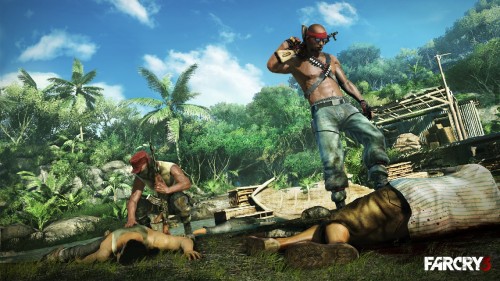 In an effort to keep gamers interested in the Far Cry series, and remind them that they are indeed working on a new title named Far Cry 3, Ubisoft has released a few images for the game for Gamescom. The screenshots don’t show off a whole lot of action, nor what looks like gameplay footage minus one screenshot of what appears to be a sniper rifle taking out a base.

But there is something else to see in these screenshots as well. It appears that the bad guys in Far Cry 3 have a habit of putting their corpses in the water, as not only are we shown bodies tied underwater, but a poor corpse stuck on the riverbank. Whatever happened to decency after killing people with bullets?

Beyond Good & Evil coming to PSN in May