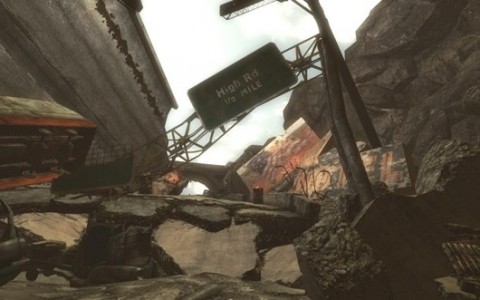 Despite what they may have said earlier, it seems that Bethesda won’t be able to continue their monthly release of Fallout: New Vegas DLC. This is because the final piece of content for the game, “Lonesome Road” which was originally meant for a late July release has been delayed due to circumstances beyond their control.

This news was revealed by senior producer Jason Bergman who explained in a Bethesda.com forum post that he wanted to let fans know that “due to circumstances beyond our control, Lonesome Road won’t be out this month.” He went on to say that they don’t have a set date at this point but they are working as fast as possible to get this content out to their fans. To make small amends they released the above image from “Lonesome Road” which shows the High Road highway as a pile of rubble.