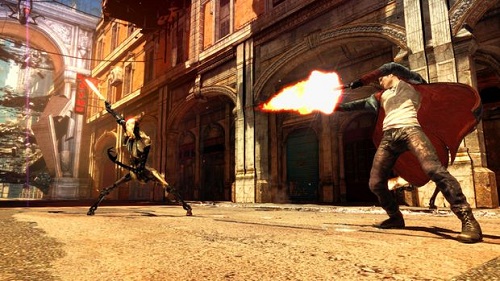 Capcom revealed their first gameplay footage for DmC Devil May Cry. Despite the huge amount of fan controversy over the look that the main character is going to have, Capcom is going to retain the whole new looking Dante that is half angel and half demon. In the gameplay footage we see both his holy and dark side used in combat.

The combat itself of course, hasn’t changed much from your standard Devil May Cry formula with plenty of juggling combat and extensive melee moves which will destroy any enemies in your path, Catch the gameplay footage below and the new Ninja Theory developed DmC Devil May Cry sometime next year.