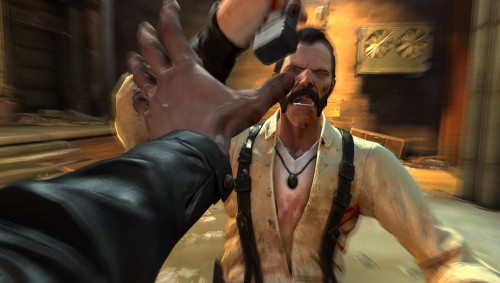 We’ve seen plenty of screenshots from Arkane Studios’ Dishonored. We’ve seen sneaking ones, environmental ones and even those about to enter combat, but no actual images of combat in progress. That is until now as you can see both above and below. In the latest batch of screenshots released by Bethesda, we see roughly what combat may end up looking like as you play the role of a supernatural assassin.

Besides that screenshot we are also shown a house full of poor people that have died from the plague, only to be wrapped up and left to rot in their homes, as well as rats clustered at the edge of a street light. You can see all of the images below, or you could also visit Dishonored’s website which just launched here.

Skyrim – Which Perspective Do You Play?