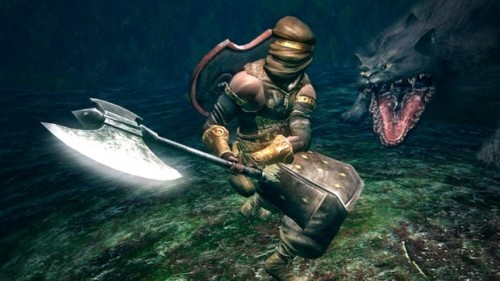 Games based around horror and extreme difficulty can sometimes have the best soundtracks around. Especially when they are set in medieval times because then, the songs usually have an older feel about them. Such is the case with Dark Souls, because if you want to hear what type of music you’ll be listening to as you die over and over again then you may want to head over to the Japanese website for the game here.

Besides having 23 audio samples to listen to, you can also catch a glimpse of some of the map that you will be traversing as you try not to die in any number of gruesome and painful ways. It’s always nice to have a little sample of a game before it is released, even if it is only the music. FromSoftware’s Dark Souls itself will be released on October 4th for the PlayStation 3 and Xbox 360.