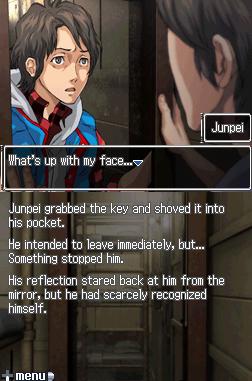 It seems that Chunsoft, the team behind the escape focused title 999: 9 Hours, 9 Persons, 9 Doors is going to be joining forces yet again to create another title similar to the first at least in regards to its genre. Andriasang reports that Famitsu has printed some information for their new title, saying it will not be a sequel but could still take place in the same relative gamespace.

The game will be called Gyokugen Dasshutsu Adv: Zennin Shiboudes while the Gyokugen Dasshutsu roughly translates into Extreme Escape, which was the same beginning half of the Japanese version of 999. The title is being developed for both the PlayStation Vita and the Nintendo 3DS, but at the moment there is no news if this title will be brought overseas once completed.