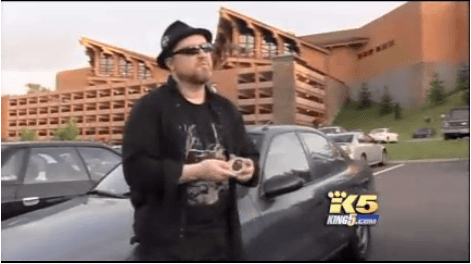 Jeff Fletcher, a Bungie employee who is in the IT department as an information specialist, was recently on the evening news. According to the Seattle news station, King 5, Fletcher was in a US Bank parking lot when he witnessed a gun battle between two men. As one man was shot, the other tried to flee the scene. Notice the key word in that last sentence: try. Mr. Fletcher pulled his own gun out, stopped the suspect and made a citizens arrest, using his retired police officer father’s handcuffs to make sure the shooter did not get away until the cops arrived. Check out the video below for more details.