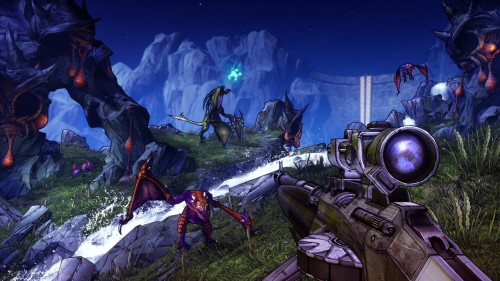 Borderlands 1 was a game that took co-op gameplay and the first person shooter, something which has recently become something of a commodity more than a requirement, and made it its own. There was just one problem with the online, and that was that you couldn’t bring your friend right next to you online with you.

That will all change in Borderlands 2, as Gearbox’s Steve Gibson told Joystiq during their Gamescom reveal of the title. The game will now support two-player split-screen online. There is one drawback however, two split screen pairs can not play together as one team has to host the game, and “a split-screen guy uses a lot of CPU, so he can not be the host.” It seems that Borderlands 2 is quickly becoming a must have title for co-op lovers far before its actual release date.