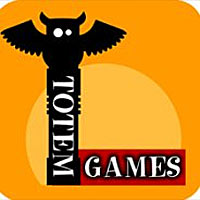 Its always nice to hear of new smaller independent studios emerging especially when they arise from the collapse of a major developer or publisher putting countless staff out of work. When Bizarre creations closed up shop in February a number of talented developers were forced out of work, all bursting with creative ideas to tantalise our greeding gaming senses. Fortunately a number of projects and studios have emerged from the ashes that once were Bizarre including a very new player on the market called Totem Studios. Headed by Matt Cavanagh, formerly of Bizarre Creations, it is a UK based studio with relatively little information known about it. In the words of its creator “Totem Games is joining all the shiny new indie games companies in their mission to make the world a happier place”. Other studios to have emerged from Bizarres collapse include Hogrocket and Lucid games both also UK based and focusing on IOS games and applications. Matt also makes it quite clear on his twitter page that he had nothing to do with Blur even though it is being written up everywhere that he was the lead designer on the project.

So everyone interested go have a look and support these smaller guys as they continue to essentially bring us what we all want, more innovative and creative games across all platforms.

PURE CREATIVE GENIUS !! The Last Story is going to be Brilliant !!