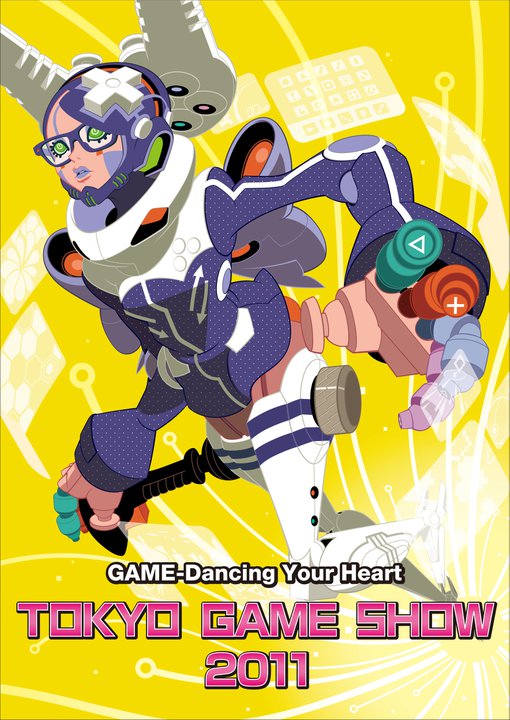 Given the success of last years “tweet to get general admission tickets” campaign, the Tokyo Game Show has decided to hold the competition again. The Tokyo Game Show 2011, presented by the Computer Entertainment Suppliers Association, in cooperation with Nikkei Business Publications is giving away 100 double passes to 200 lucky gaming fans to attend the public days of the event being held September 15 to 18 at Makuhari Messe.

The Twitter campaign starts as of today. All you have to do is follow the Tokyo Game Show official Twitter account, @Tokyo_game_show and tweet, in your own words, your “wish to visit the Tokyo Game Show”. Tickets for the days of September 17 and 18 will be offered to 50 couples, that’s 100 lucky video game enthusiasts. Make sure you include the hashtag #tgs2011ticket in your post otherwise your brilliant entries will go unnoticed! If you are not following the official Tokyo Game Show Twitter page at the time of the drawing you will not be eligible for the prize. Winners will be conacted via Direct Message.

If you are not a Twitter user, do not fear. Tokyo Game Show is also giving away another 50 tickets to couples who are users of Facebook. The Facebook giveaway campaign runs until August 31st. All you will need to do is post a comment on “things that I look forward to the most at the Tokyo Game Show” on the wall of the Tokyo Game Show 2011’s official Facebook page. Make sure you enter “see you @ tgs#” before writing your post in order to qualify for the competition. Please note that winners will be contacted via email, so make sure that you have your email registered with Facebook.

The deadline for both Competitions is August 31st (Japan time) and tickets are valid only for the public access days of Saturday September 17 or Sunday September 18. Visit the official Tokyo Game Show website for more information about the upcoming show and competition details.