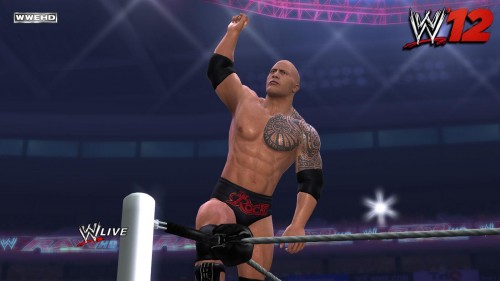 Do you Smell-el-EL-EL-EL! What the Rock….is cookin! THQ have now announced the pre-order incentive for the upcoming WWE ’12, which is due out later this year, and those who put down cash before the game releases will be able to unlock the most electrifying man in sports entertainment. This offer is available at all participating retailers in North America, Australia, and New Zealand and will let players unlock the current version of The Rock, with all his signature moves in tow.

This announcement comes shortly after Gamestop gave word that they will be giving away an alternate attire for The Miz, which is nice I guess for you Miz-heads, but I think The Rock is a much more worthy incentive. Stay tuned as once Amazon, Best Buy, and all the other major retailers reveal their exclusive bonuses for WWE ’12, we will be sure to keep you updated (c’mon Trish Stratus!).