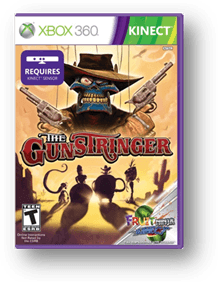 When it was announced that Twisted Pixel’s Gunstringer would be released as a full retail game instead of a downloadable title some people grew worried about what they should expect. But it seems that they should have expected a good deal instead of worrying because if you purchase The Gunstringer you will be getting a plethora of extras to go with it.

Buying the game new will result in players receiving two codes which will allow them to download Halfbrick’s Fruit Ninja Kinect for free as well as The Wavy Tube Man Chronicles DLC for Gunstringer. The DLC will place players against the son of the first boss in the game, Wavy Tube Man Jr. after he stole a time machine to take revenge against you. Also if you pre-order The Gunstringer you will be able to download two free Avatar props. For all of this you will only need to pay $39.99 when the game is released on September 13th in the US and £29.99 in the UK on September 16.