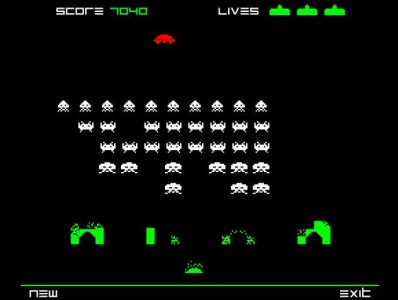 One of the producers of the Transformers trilogy plans on making THIS into a film. Good luck buddy!

Yep. You read it right. According to The Hollywood Reporter, the 1978 video game Space Invaders is preparing to invade the big screen. Producers Lorenzo di Bonaventura and Odd Lot Entertainment’s Gigi Pritzker have teamed up and got their hands on the rights to make film adaptation of Space Invaders. And yeah, I know what your thinking! Your thinking ‘Oh no! Lorenzo di Bonaventura? Isn’t he behind that Doom movie and that GI Joe movie? Sad Panda!’ Well cheer up emo kid, he’s not Uwe Boll! di Bonaventura also produced Constantine as well as all three Transformers movies. The two are currently looking for someone to write the script, but many are wondering how the hell a good script based on Space Invaders in the first place. Apparently di Bonaventura thinks makings movies based on 80s videos games are a good idea, because he agreed to produce a movie based on the game Asteroids when Universal Studios snatched up the rights to make a movie for it back in 2009, with Matthew Lopez writing the script who wrote Race To Witch Mountain. Oh well, it can’t be much worse than that Mario Bros movie. Can it? 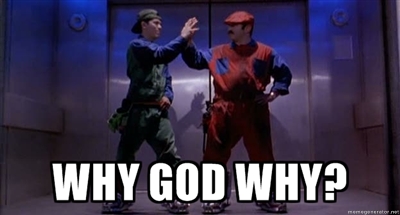