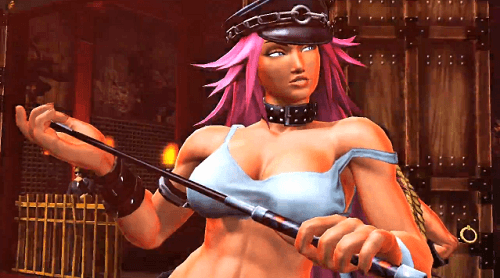 Tekken characters revealed were Steve and Yoshimitsu. Yoshimitsu is a great inclusion into the series, which brings his total game shows up to three with Tekken, Street Fighter and Soul Calibur. Steve is a decent addition to the series but not as high profile as Yoshimitsu.

Those who do not know who Poison is, he/she is a enemy from the Final Fight series and has shown up as the manager of Hugo in Street Fighter III. She has never been an available fighter until now, but her transsexual self is going to be fully playable in the game when it is released around March 2012. She even was given a whole cinematic reveal which you can watch below the combat trailer.