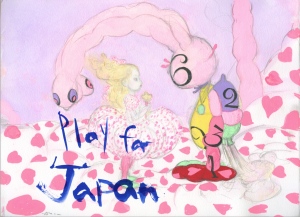 Japan’s recovery efforts after the horrific earthquake of a few months are still underway and they need all the help you can give.  If you want to help, there is a donation link at the top right of your screen.  However, there is another way you can help and you will receive some awesome stuff in return as well.  Play for Japan: The Album, is now available for download from iTunes and 100% of the monies collected from the sale of the album will go to help the Japanese Red Cross.  If you buy the tracks from iTunes, you’ll get Super Mario Bros.‘s Koji Kondo.  The album can be purchased in the US, Canada and UK right now, but it will be available everywhere and on Amazon on the 15th.  Hit the links below for access to the  iTunes $9.99 album.
Play For Japan: The Album – $9.99 (iTunes US, Canada, UK)

Become part of the family with Mafia II C.E.