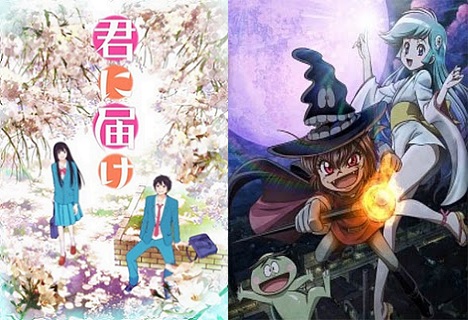 NIS America announced today at the Anime Expo that they have acquired the rights to the first Kimi ni Todoke anime series which aired back between 2009 and 2010 as well as the just finished anime Dororon Enma-kun Meeramera. This is interesting news as this is the first time that NIS America has licensed an anime right when it was finished airing in Japan.

NIS A will be releasing the first thirteen episodes of Kimi ni Todoke in October with the second half of the series being described as releasing “later.” One can assume that the series will receive the standard NIS America treatment and come with a special art book and collectors box. NIS A did not have any release details regarding Dororon Enma-kun Meeramera at this moment but plan on releasing more information in the future.