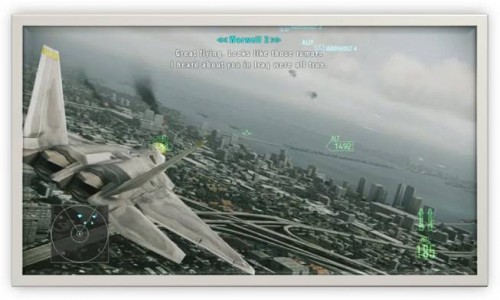 Namco Bandai is very excited to share their new sequel: Ace Combat Assault Horizon.  As a result, they have released a detailed and eextensive gameplay video that showcases all the new features in the game.  Included in the trailer is a peek at the “Close-Range Assult” mode.    The game will be released October 11, 2011 in North America, October 13, 2011 in Australia & New Zealand, and October 14, 2011 in Europe for Xbox 360 and PlayStation 3.

Apparently, skimming skyscrapers and air combat across the Earth will be possible in the game.  Personally, it is good to finally see a revival in the jet simulation combat genre and hopefully this will reignite the franchise and others similar to it.

This Week On XBLA – Death By Cube And Vandal Hearts