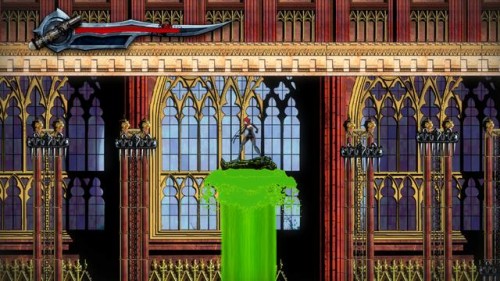 Just yesterday, we received a release date of August 30th for the PSN (and the 31st for the XBLA) for Bloodrayne Betrayal. To hold over fans for six weeks, Majesco have now released 5 new screenshots for the 2D-Gorefest, all of which do a fantastic job at making the wait that much harder.

These screens show Rayne doing what she does best, finishing off enemies by decapitation and leaving a blood shower along her path to the finish. While the combo system is also prominently displayed, I can’t get over how detailed the actual environments are. This element in my eyes is a calling card for Wayforward, who have also shown the same kind of attention to detail with past releases such as Thor for the DS and Shantae: Risky’s Revenge. Make sure you have a quick glance at the rest of the screenshots below and then you can suffer for six more weeks until Rayne makes her anticipated return.