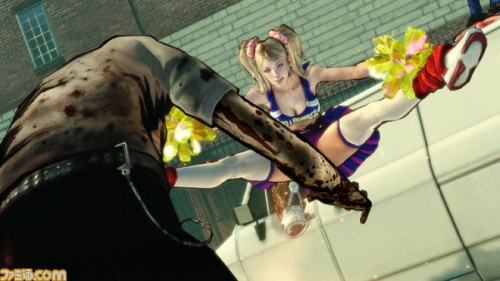 After the release of Shadows of the Damned, gamers should know that Grasshopper Manufacture is a bit of an odd duck. Today they have confirmed that fact by Famitsu revealing they are working on a game known as Lollipop Chainsaw. Now if the name didn’t make you look a second time, then the game’s premise certainly will.

Lollipop Chainsaw has players playing as Juliet Sterling, a cheerleader at San Romero High School. She is a descendant of a family of zombie hunters and on her 18th birthday zombies invade her school. She will do combat against the zombies with a chainsaw as well as plenty of kicks thanks to her cheerleader background. Famitsu also released these two screenshots of the game which you can see above and below. The game will be released on the PlayStation 3 and Xbox 360 and is being published by Kadokawa Games. There has currently been no word of any localization plans for the title, but the fact it is being developed for the 360 is a good sign. 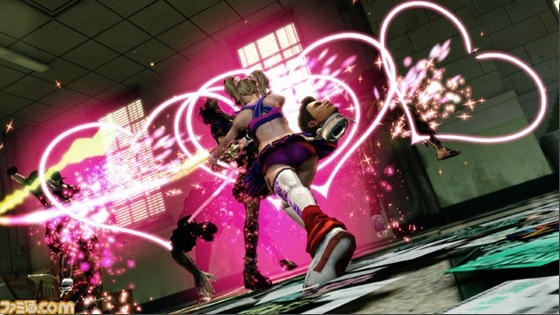