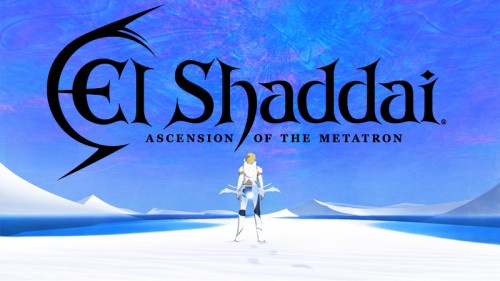 On July 29th, Konami officially announced that the corporation would serve as UTV Ignition Entertainment’s European distributor partner for its upcoming release, El Shaddai – Ascension of the Metatron.

In the beautiful landscapes God had made, a dangerous threat is corrupting the inhabitants of the world. An order of angels called the Grigori had been directed to observe Earth and the humans within; however, these angels soon fell to earthly temptations and integrated within the populace. The Heavenly Council knew of the Grigori’s abandonment of Heaven; thus a proposal was made to cleanse Earth with a great flood. A human scribe named Enoch stood against the Heavenly Council decision and offered to capture the Grigori instead. The council agreed to withdraw the flood as long as Enoch was successful in his task. So begins the story of Enoch…

In beginning of Enoch’s adventure, his hand-to-hand combat skills are his main focus of attacks. As the player progresses through the story, Enoch may pick up an enemy’s weapon to use in battle. The weapons in this world are made of crystalline and hold enough power to defeat angels, but Enoch must purge the evil wielder to attain such treasure. There are three crystalline weapons available to pick up: Arch, Veil, and Gale.

The Arch: holy blade that is rumored to slice through anything. Dare to test this rumor?
The Veil: considered to be the “Fist of God”. Enact devastating strength upon your enemies crushing them into submission – or the ground.
The Gale: almost like leaves in the wind, this weapon acts as a free-floating fan of knives ready to conjure at will.

If the wonderous visuals are not enough to draw you in, the varying game dynamics will. Whether it seems like you are playing a platformer or traversing a 3D world, El Shaddai combines both dynamic worlds to create quite an interesting game. For more information about the game, check out the official website here.