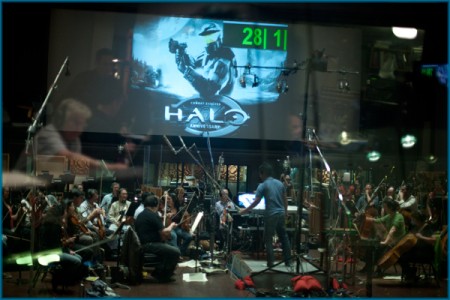 There are many things that can be said about the first Halo, and one of them is that the game had an amazing soundtrack for its time. Now 343 Industries, Microsoft and Pyramind have announced that they will all be working together to provide the Halo Anniversary an even better soundtrack than before. Microsoft Senior Audio Director Krstofor Mellroth and Pyramind Studios Audio Director Paul Lipson will be heading the project.

The team will be using the Skywalker Symphony Orchestra as well as the Grammy Award winning San Francisco based vocal group named Chanticleer to perform the music for Halo Anniversary. Kristofor Mellroth had this to say about the collaboration between the groups and the project itself: “This wasn’t just a simple remaster, it was a completely new orchestration and recording using renowned talent and top live players. We are striving to create the ultimate love letter to Halo fans, and celebrate Marty O’Donnell’s and Michael Salvatori’s original vision with grace and style.”