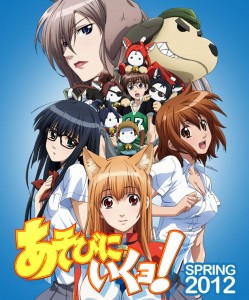 Cat Planet Cuties was directed by Youichi Ueda and is based off of a light novel series. It originates around a normal high school freshman named Kio who stumbles upon a cat-eared alien girl. He then must protect her from various threats and help acclimate her to Earth. Though it doesn’t help that this alien girl has fallen for Kio, complicating matters further. 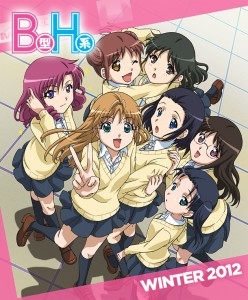 B Gata H Kei – Yamada’s First Time was directed by Yusuke Yamamoto and is based off of a manga by the same name. The story follows Yamada, a sex-loving girl who constantly dreams about having a hundred different sexual experiences. There is just one problem though, she is still a virgin, and because of this she chooses one special boy to take it. A boy named Kosuda, but things won’t go smoothly for Yamada as her inexperience and crazy imagination cause her more than enough trouble.

FUNimation will be bringing both Cat Planet Cuties and B Gata H Kei – Yamada’s First Time to Blu-ray and DVD some time in 2012. Each series consists of twelve episodes and will be released in a single separate package.