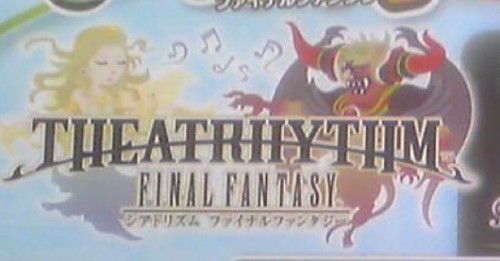 Square Enix is working on a new Final Fantasy game for the 3DS, but before you get too excited about a new RPG being announced, it isn’t exactly what you think. The Square Enix Final Fantasy game that was revealed in this week’s Jump magazine in Japan is called Final Fantasy Theatrhythm. Basically this means that the game is a “theater rhythm action” game according to Jump.

Andriasang has translated the Jump article and it appears that Theatrhythm will have field scenes in towns and dungeons as well as battles that look similar to the older Final Fantasy games, but instead of performing attacks you will have to tap the screen in order of the prompts. The graphics will also be something chibi like and the game music will be from past Final Fantasy games. This is a very interesting title to say the least, hopefully it will see more information next week when Famitsu will most likely reveal more.