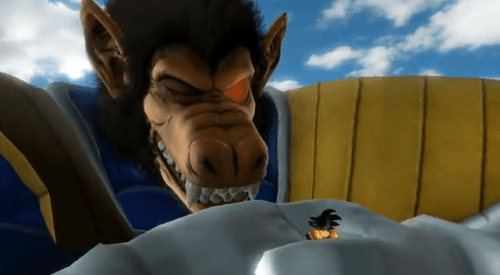 Over the past few months Namco Bandai has been beating around the bush with their next Dragon Ball title. Currently they are only calling the game Dragon Ball Game Project Age 2011 but that is all about to change thanks to Namco Bandai Games Europe. The game will now be titled Dragon Ball Z Ultimate Tenkaichi and it will be developed by Spike.

In the latest trailer for the game, which unveiled the game’s full name, we see destructible battlefields and perhaps some of the best looking Dragon Ball Z combat ever to date. Also at the end of the trailer we are treated to a release date which places Ultimate Tenkaichi up for release on October 28th for both the Xbox 360 and PlayStation 3 in Europe. Whether or not a North American release will fall within this date or near it has yet to be announced.