It’s no surprise that the world of Pokemon is host to it’s fair share of secrets and little known facts, but how many have you actually heard of?  Have you heard the one about how Kanto had a massive war and how Ash is actually the first generation to grow up during post-war peacetime?  What about the one where Ash unknowingly kills Gary’s Raticate which culiminates in Gary’s hatred?  How ’bout how Articuno, Zapdos and Moltres have the first three numbers of the Spanish numeric system hidden in their names?  Ah ha!  I knew you would know one (hopefully).  All of these and more are revealed in this nifty Pokemon infographic posted on Reddit. 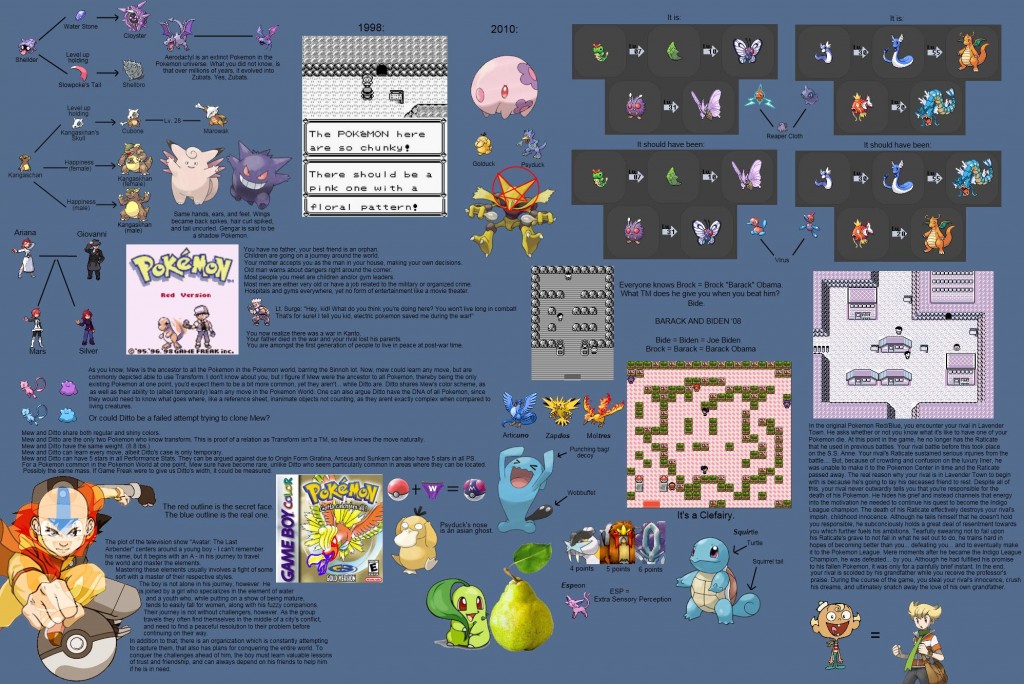 Now before you go off and start perusing that thing, do know that these are all fan discovered and none are actually “official” so take some of these things, like Gary’s dead Raticate, with a grain of salt.  Dark and cryptic world views aside, some of these things are actually pretty cool and insightful, like how Mew might have all just turned into Ditto or how the crests on the legendary dog’s were designed.  How many of these farfetch’d (get it?  It’s the name of a pokemon.  You totally get it)  bits of minutia and hearsay have you heard of?  I’ve personally heard of the stories of the Kanto war and Gary’s dead Raticate here and there, but some things in here I had absolutely no idea of, like the secret face on Ho-oh or how Gengar is basically the opposite of Clefable.