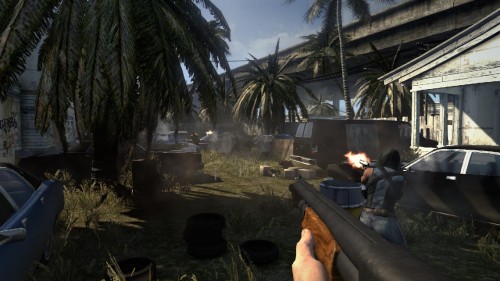 We are also given a small look at the multiplayer combat, though this is still just in first person view. Hopefully they will fix the scaling of the guns a bit because at the moment it is almost comical in the multiplayer modes. Catch all of the screenshots below and see for yourself, and catch later this month for the Xbox 360, PlayStation 3 and PC.