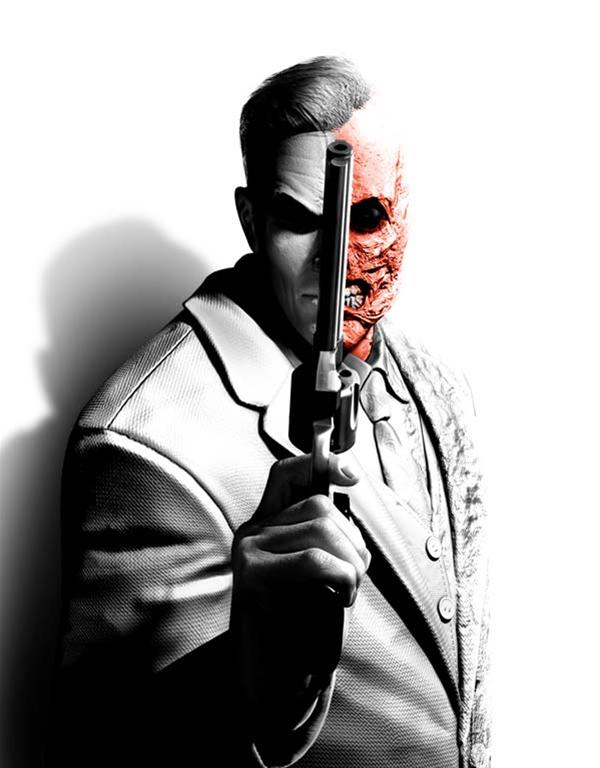 The first piece of Two-Face’s official artwork for Batman: Arkhum City has today been released by Warner Bros. Interactive Entertainment and Rocksteady Studios. ‘Good guy turned bad’ Two-Face aka Harvey Dent is one of Batman’s most infamous villain. Batman Arkham City, the sequel to 2009’s Batman: Arkham Asylum, is set in a part of Gotham City that has been transformed in to a new maximum security prison. Two-Face will take on a much larger villainous role in this game, which might explain his absents from Arkham Asylum where he was given no more than a brief cameo.

Background Story: District Attorney Harvey Dent was one of Batman’s strongest allies in Gotham City, until a criminal threw acid in Dent’s face, hideously scarring him. The wounds fractured his psyche, and he was reborn Two-Face, a schizoid criminal mastermind obsessed with duality. His former good-luck charm, a “two-headed” trick silver dollar, was damaged on one side in the attack, and Dent has seized on it as a reflection of his half-scarred visage. He flips it to decide the fates of his victims. Two-Face is thriving in Arkham City, rallying inmates to join his gang using tried and true campaign tactics.

Batman: Arkham City is set to be released on October 19th and 18th in North American and Australia respectively for Xbox 360, Playstation 3, PC and Wii U.