A playable demonstration of the Wii U’s capabilities in motion, Battle Me, has recently been demoed at E3 by both MasterAbbott and Wolf (Phil and Travis – Lucky so-and-so’s). The game itself features players with Wii remotes who must navigate using the television to engage and take down the player playing as the UFO on the Wii U tablet. While watching the video, you will notice that the UFO can be controlled via motion control on the tablet.

Also, to quote Phil in his sexy glasses –

Battle Mii station which allowed three players to play at the same time. Two players controlled Samus Aran bodied Mii’s that also had the ability to roll up into a ball like Samus. These two players use the Wii remotes and are tasked with shooting down the space ship which is being controlled by the third player with the Wii U controller. The Wii U controller holder must defeat the two players on the ground to win and can control their space ship by tilting the Wii U controller one way or another, you are able to shoot with the triggers on the back. The tilting controls felt a bit difficult to use unfortunately and we spent a lot of time nose diving into the ground but thankfully there is a bit of time in the beginning to help accustom yourself with the gyroscope experience before the match begins.

Check out the embedded video below. After this pic of the Greg Grunberg from heroes having a go at the game. 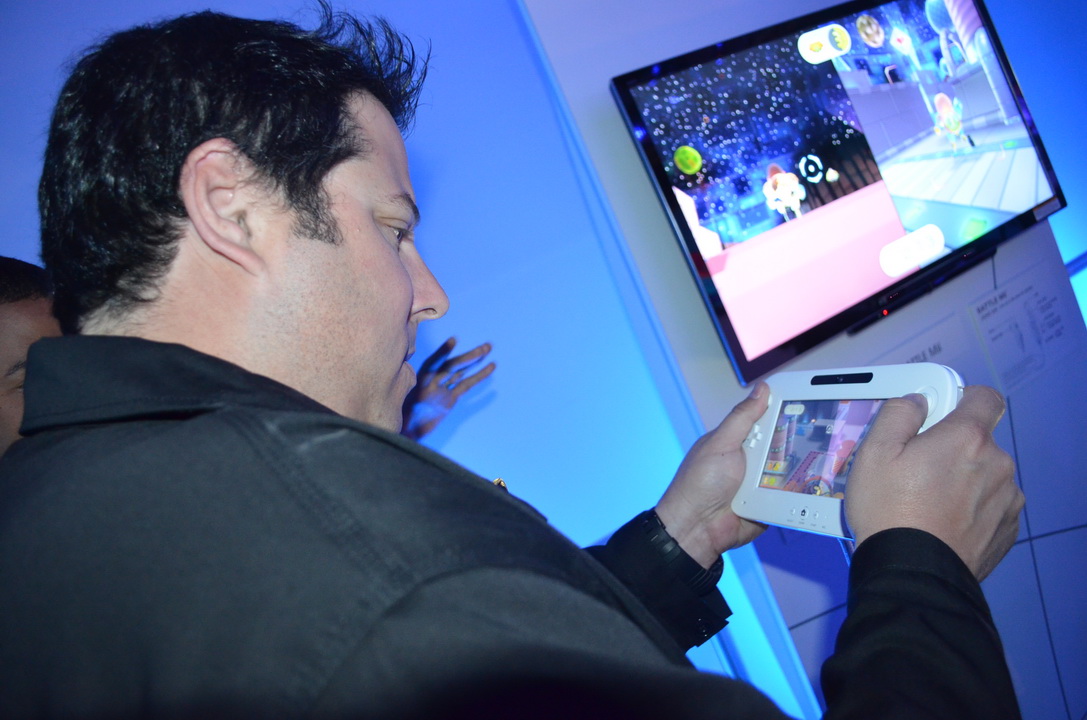 Do We Need More Slammin’ Proof?!