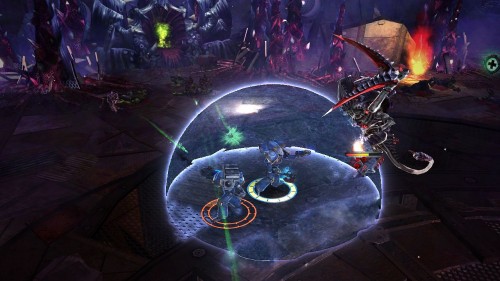 Players will be able to select their space marine chapter and choose from four different classes; the Sternguard Veteran, Tech Marine, Vanguard Veteran and Librarian. The game will be a twin stick shooter and will feature two-player co-op. If you are able to beat the game you will also unlock the “Power Sword” for Space Marine when that releases on September 6th. Catch the game trailer for Kill Team below.