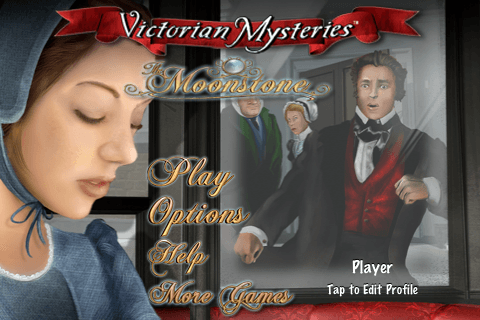 Square Enix may be working on plenty of console games but that doesn’t mean they have forgotten about the little guy. The publisher has released a new game for the iOS today and it is available for both the iPhone and the iPad in two different versions. The game itself is titled Victorian Mysteries: The Moonstone and it is based off of a 19th century novel of the same name written by Wilkie Collins. The game itself was made by developer Freeze Tag.

Players will be playing as Detective Cuff and must locate the stolen Moonstone diamond inside of the Verinder estate. You will need to hunt for clues and gather evidence so you can be sure of who to accuse. The game itself is available for $1.99 on the iPhone and $2.99 on the iPad as an HD version.