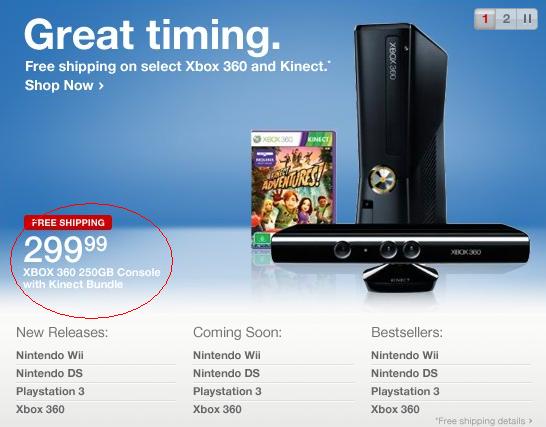 This of course could just be a cover up of Target’s mistake by releasing the price drop early and Microsoft had talked to them about it. But we will know in a week when Microsoft’s E3 press conference takes place whether or not this price drop was actually real.